I know what you’re all thinking… WHAT the fuck is this post going to be about?

Well, it’s another classic Frat-Pack email exchange but in order to fully appreciate it, you WILL NEED TO KNOW the following information:

Of course rather than lend the occasional shoulder to cry on, the guys have pretty much taken the piss out of me non-stop, with Flembo even dubbing it The Beaver Lodge on account of the ‘beaver infestation’ in the area. Just to clarify, there are no fucking beavers there! But sometimes I wish there were so they’d destroy the place and I could claim on the insurance.

See. No beavers. Though I accept it looks as though I made this out of Lego.

Right, now on with the show. I’d returned from South America around two months earlier and was touching base with the guys about future employment plans.

So apparently getting a part-time gig in tax is pretty hard, if not impossible.

A girl I met travelling mentioned male escorting and I decided to do some digging… I’ve actually looked into this once before but now I’m desperate. Plus GQ did an article on it and some of the agencies seemed kosher.

One of them (which I won’t reveal in case I go ahead with this and you guys find my profile one day) has an advert posted by this guy. No wonder Guns hasn’t been responding to any of my recent emails..? 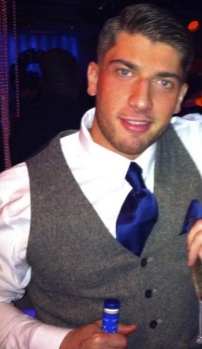 Dude, I’m sorry for stealing your picture
but you have no idea how much you look like Guns.

Sean you are better than that! I have plenty of male friends that could provide you with some company. Hell, even I’m still willing to hang out with you for a beer. I am not prepared to take it to the next level though!! How much are you willing to pay (for interest only)?

Look, if you’re desperate I have a mate who says that he will try anything once.
Let me know if you want his details?

I really will never understand what ‘your usual spec’ is!

I don’t know if you two planned that? But that was genius.

He does the full BFE too!

I’m just thinking what Sean’s list of acronyms for services rendered would be:

In view of his recent exploits and with a bit of latitude: SDLT – Sean Does Latin (American) Totty.

Remember, we can still offer all those services in-house.

I like that Basis. And he’s got a good point chaps.

All acronyms will have the suffix ‘WO’ given track record.  Unknown Male, you missed KFCWO.

And don’t forget the BEETLE!! LOOOOOL!

This was arguably my most disturbing sex story ever.
But let’s save that for another day.

What’s the SDLT payable on a pile of Canadian sawdust? 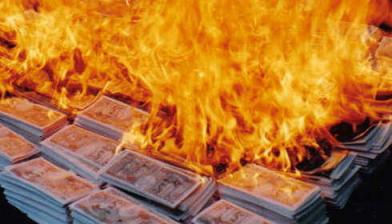 So good… Just so good.

HOW did he even find this?

Now obviously that email backfired on me spectacularly but hopefully YOU enjoyed it and can also see just why I love those guys. As always, I welcome your comments – particularly if you want to share anymore sex acronyms – but please also take note of the following:

1. For enquiries about your UK, US (I worked as a dual handler for two years) or more recently, Canadian rental, tax affairs, quote (1);
2. For enquiries about The Beaver Lodge – rental, purchase or if you just fancy getting shit faced and naked with me in the hot tub – quote (2); and finally
3. For enquiries about my ‘personal services’, quote (3). Include Stingray in your booking and receive up to 25% off.

NB – you are paying for our time and companionship only. Anything ‘extra’ is between consenting adults and does not form part of the transaction. But I’ll probably throw that extra stuff in for free.

Oh and in case you’re wondering (I assume many of you are), I did follow through with the escorting thing… And it did not end well.

92 comments on “Sex acronyms, Tax services and a Canadian Beaver”