If you having girl problems, I feel bad for you son

BUT AT LEAST YOU’RE NOT SEAN SMITHSON

If writing a book was hard, trying to get it noticed is about 100 times worse.

So when aspiring rapper, #1 Jay-Z fan and part-time book reviewer, J Zee, asked if he could interview me for his high school paper following the release of, How to lose a Girl in 10 Ways, I jumped at the chance. Here are the best bits.

What can you tell students about your new joint?

Essentially, it’s a collection of 10 of the most awkward scenarios I’ve encountered in my attempts to sleep with women over the last decade. Though unlike the film (on which I quite clearly based the title), there is no fairy-tale ending. It’s just one car crash after another.

I should also add that it’s definitely not for the faint-hearted, as the content is fairly shocking; both in terms of my behaviour and the candour with which I discuss certain topics. But it’s all done via a very self-deprecating, humorous narrative so even if readers don’t necessarily approve of my actions, they will hopefully be entertained by them.

So what makes your love life worth writing a book about? I’m only 16 and I reckon I’ve seen more action than you.

It’s not so much my ‘love life’, J, but more the situations I get myself into. As I doubt there are too many guys out there who have gone through the same experiences. And if they have, I certainly don’t think they’d be comfortable talking about them.

The book is very much a parody of the chick-lit genre. And for the record, I think you have too.

I knew it! Moving on… You’re also a blogger; what can you tell us about this?

A countryman of yours, Stephen Colbert, once described a blogger as “a person with a laptop, an ax to grind and their virginity.” So on that basis, I guess I’m not one as I don’t have an ax to grind.

However, I did need a platform to try my stories out on people who’d never met me in real life. And I also needed to establish my ‘writing voice’ as my entire experience of story-writing previously consisted of sending emails to the guys at work.

Luckily the reaction to the blog has been pretty positive; particularly from women and particularly to the stories that are about women, which is why I took the route I did with the book. I actually prefer writing more observational/situational humour pieces and would absolutely love to get into comedic script writing one day.

So what’s been your most embarrassing moment with a girl?

I’m not going to lie; losing my erection during sex was pretty mortifying.

Word indeed, J. Word. Indeed. But what made it worse was her friend shouting out, “Hey everybody, it’s limp dick!” in the hotel lobby the next day.

You’re telling me… But surprisingly, that wasn’t as humiliating as ‘sharting’ myself before a date, which, thankfully for readers, is one of the stories in the book.

Oh yeah, I heard that was the story Jay was reading in the elevator right before Solange went crazy.

Now the media’s obviously made a lot of that incident and whether Jay and Bey are going to stay together. In your book, you talk briefly about your failed marriage and another serious relationship. What have you learnt from these?

That it’ll probably be some time before my next one.

Finally, what’s next for you?

How to Lose a Girl in 10 Ways is now available to download as an eBook from Amazon, Apple and Troubador Publishing (for all other e-readers; subject to compatibility).

But if you’re a dinosaur like me, you can purchase the paperback from The Book Depository (free worldwide P&P), in addition to the above sites.

Please note that it is only possible to order the paperback through Amazon’s UK site and I apologise to those of you who have had to cancel your orders.

Before I go, I just wanted to say thanks to everyone who has purchased/downloaded a copy so far, especially to those of you who have left reviews on Amazon and/or your blogs.

I know it’s a bit of a pain in the arse and people often forget (Frat-Pack, family members… looking in your direction chaps) so I really do appreciate it.

And if you’re still undecided about picking one up… 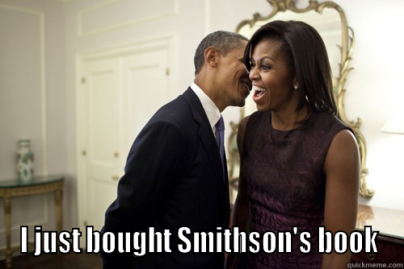 88 comments on “If you having girl problems, I feel bad for you son”